The fourth annual Community Day at Kokanee Mountain Zipline takes place May 27. All zipline rides booked using the “Kerpa” promo code will be 50% off with 100% of the proceeds going to KERPA.

Update: Thank you to our Community Day zipliners!

We had an amazing Community Day on May 27, and with the help of 58 zipliners we raised close to $3,000 for KERPA - Kootenay Emergency Response Physicians Association (KERPA).

We love all things local, and this year we knew exactly where we wanted the Community Day proceeds to go to...  a local emergency response team who we have watched save lives, first hand! To say we respect these guys is an understatement.

Thank you to everybody who helped the day happen. Below are a few snaps of those who joined us in celebrating the great work KERPA do! 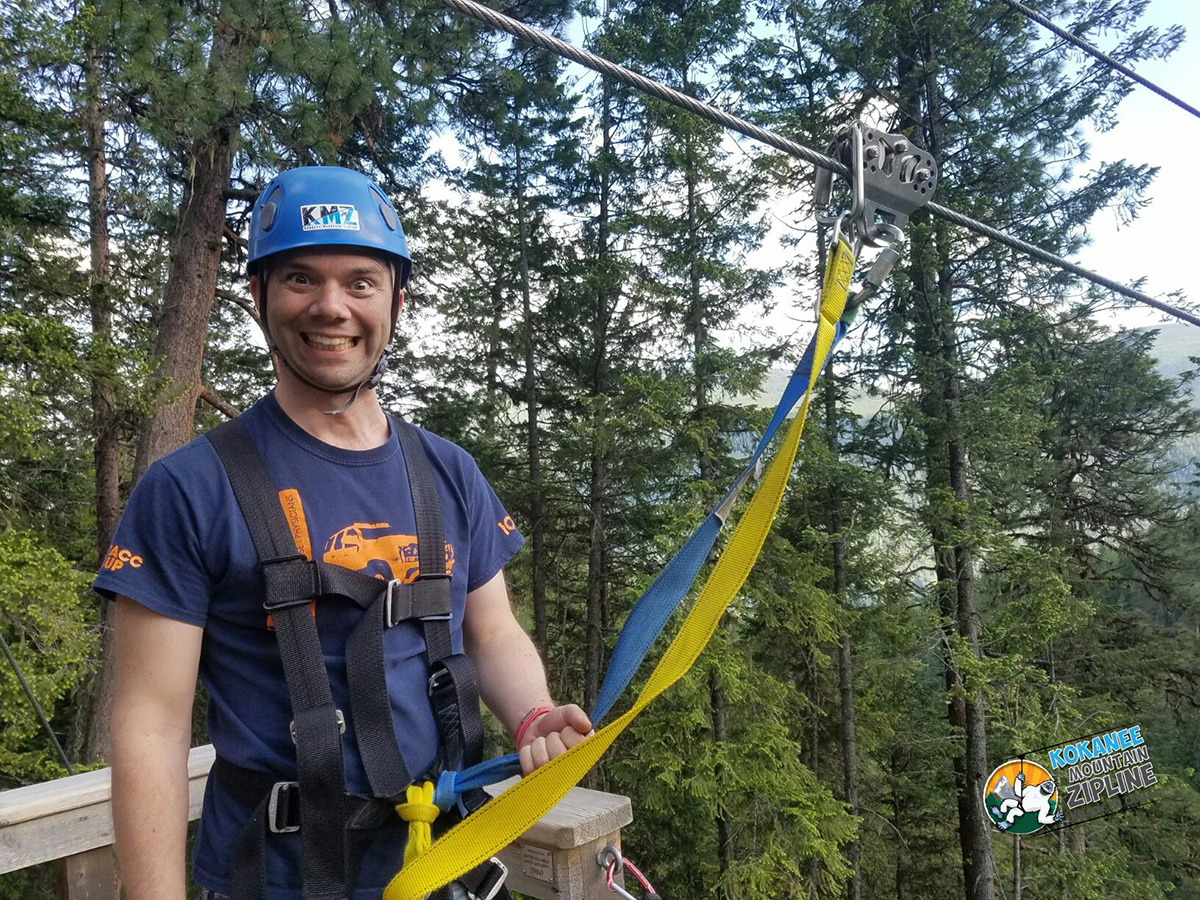 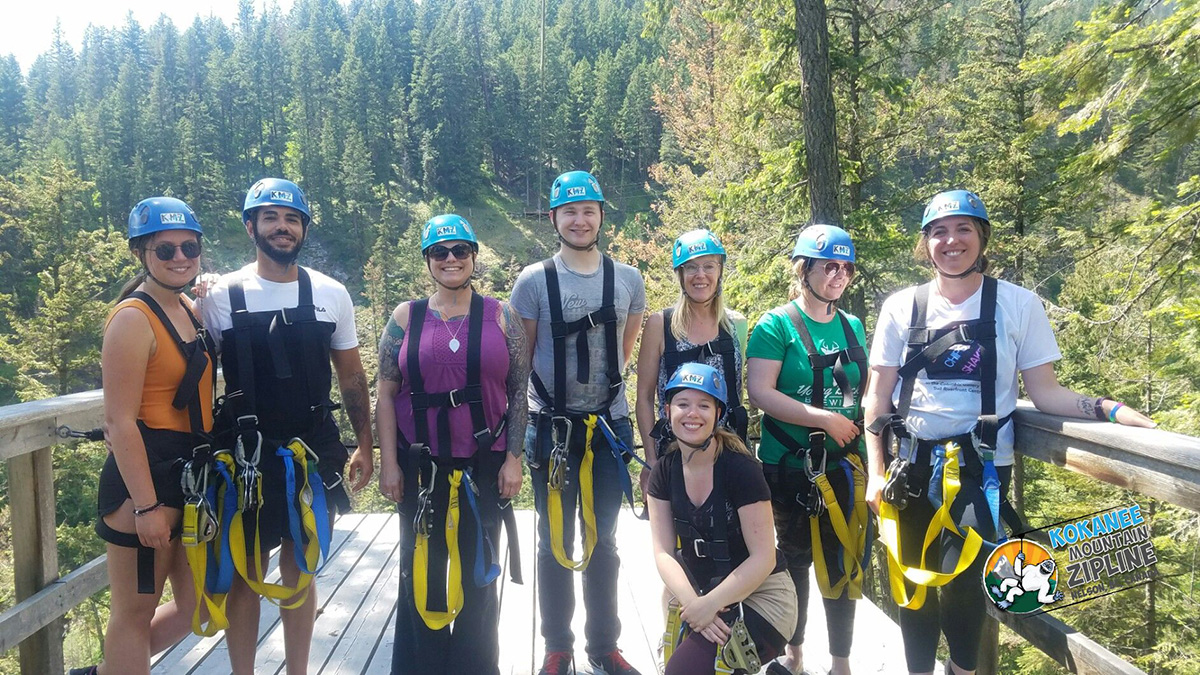 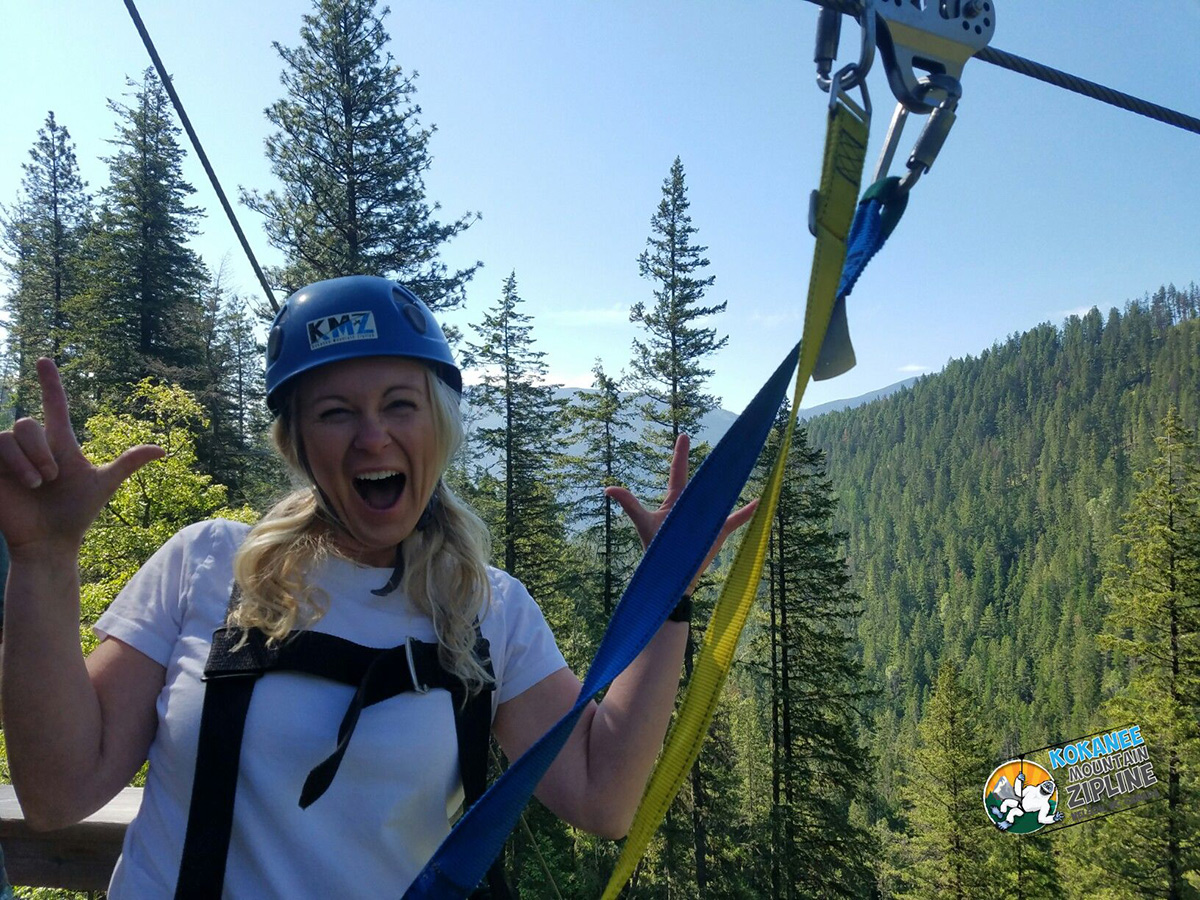 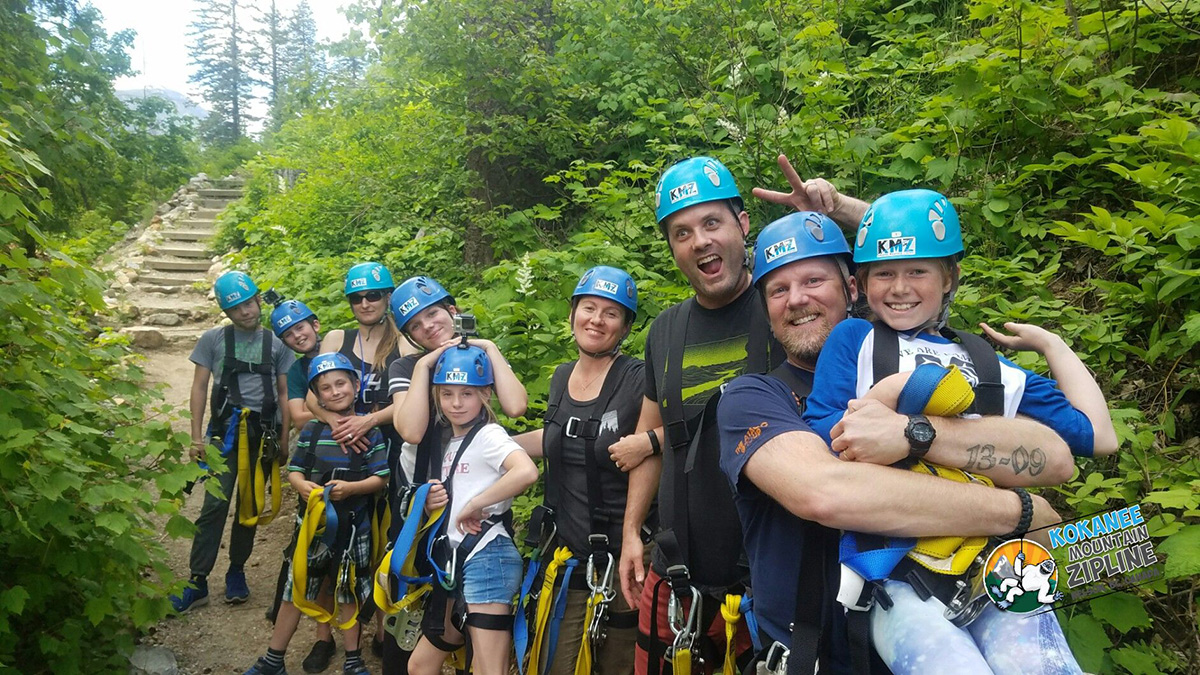 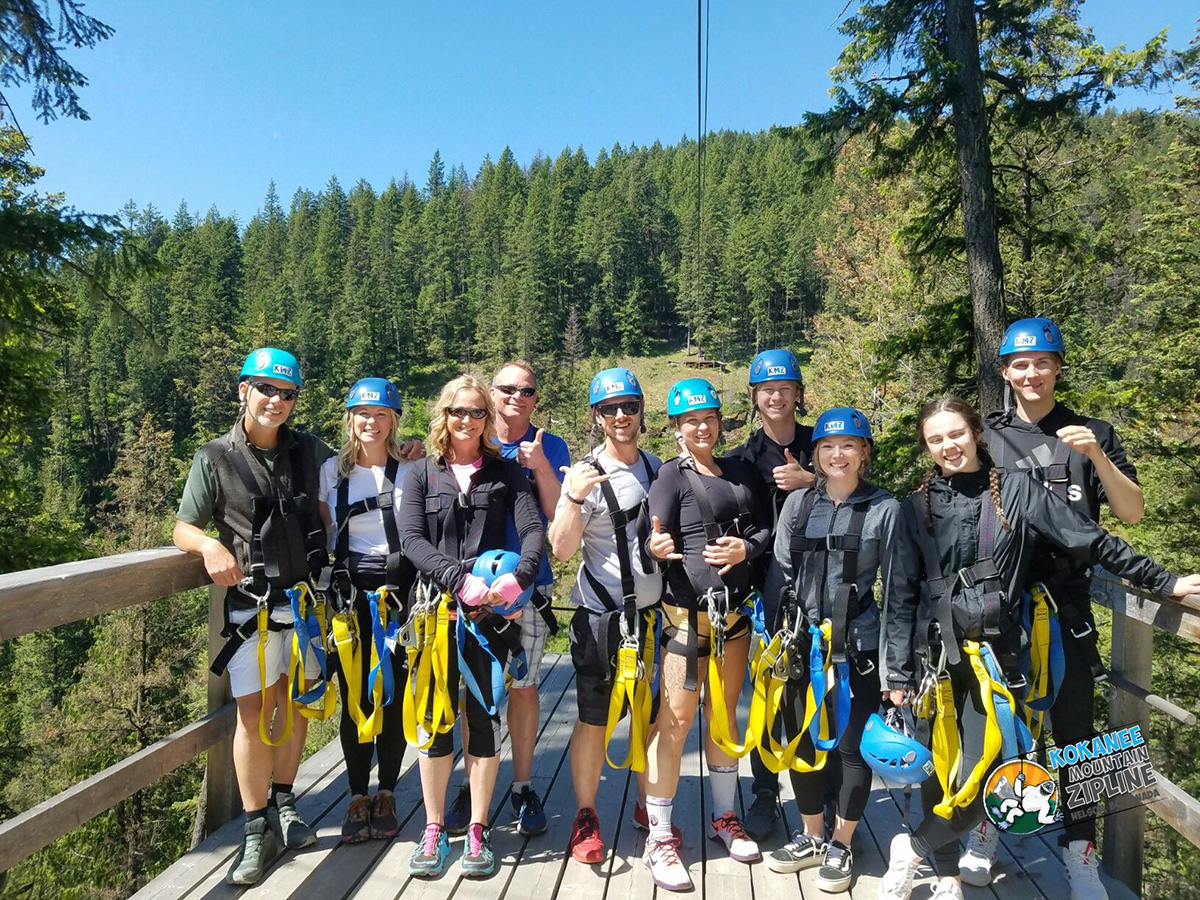 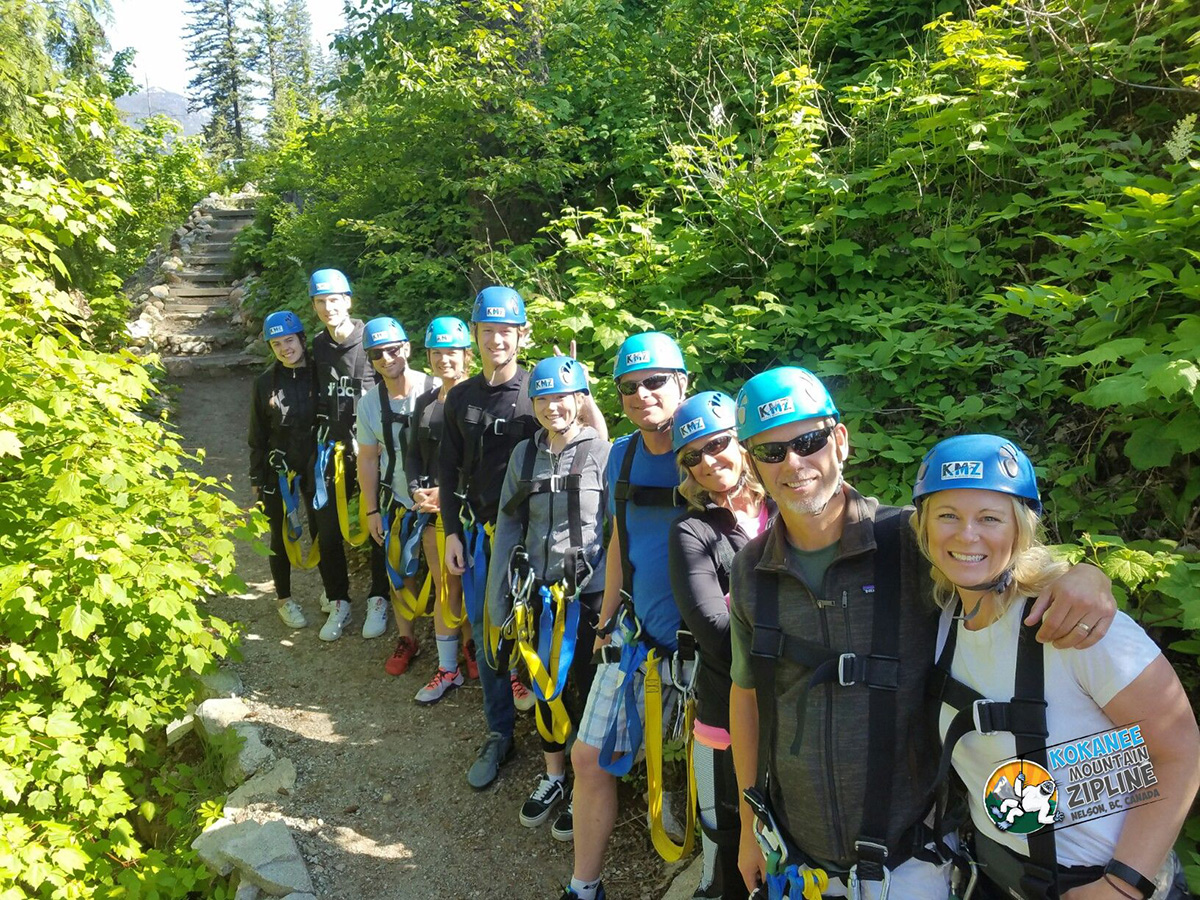 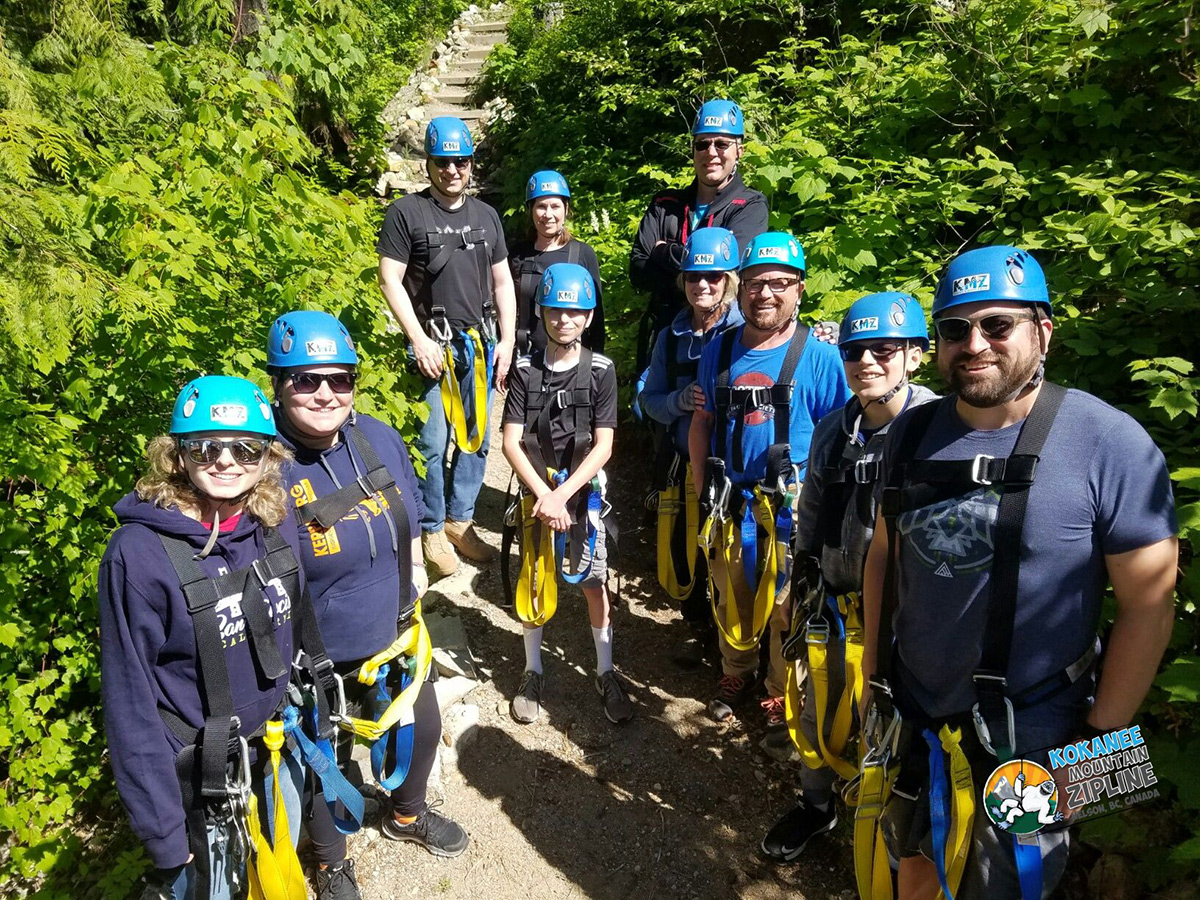 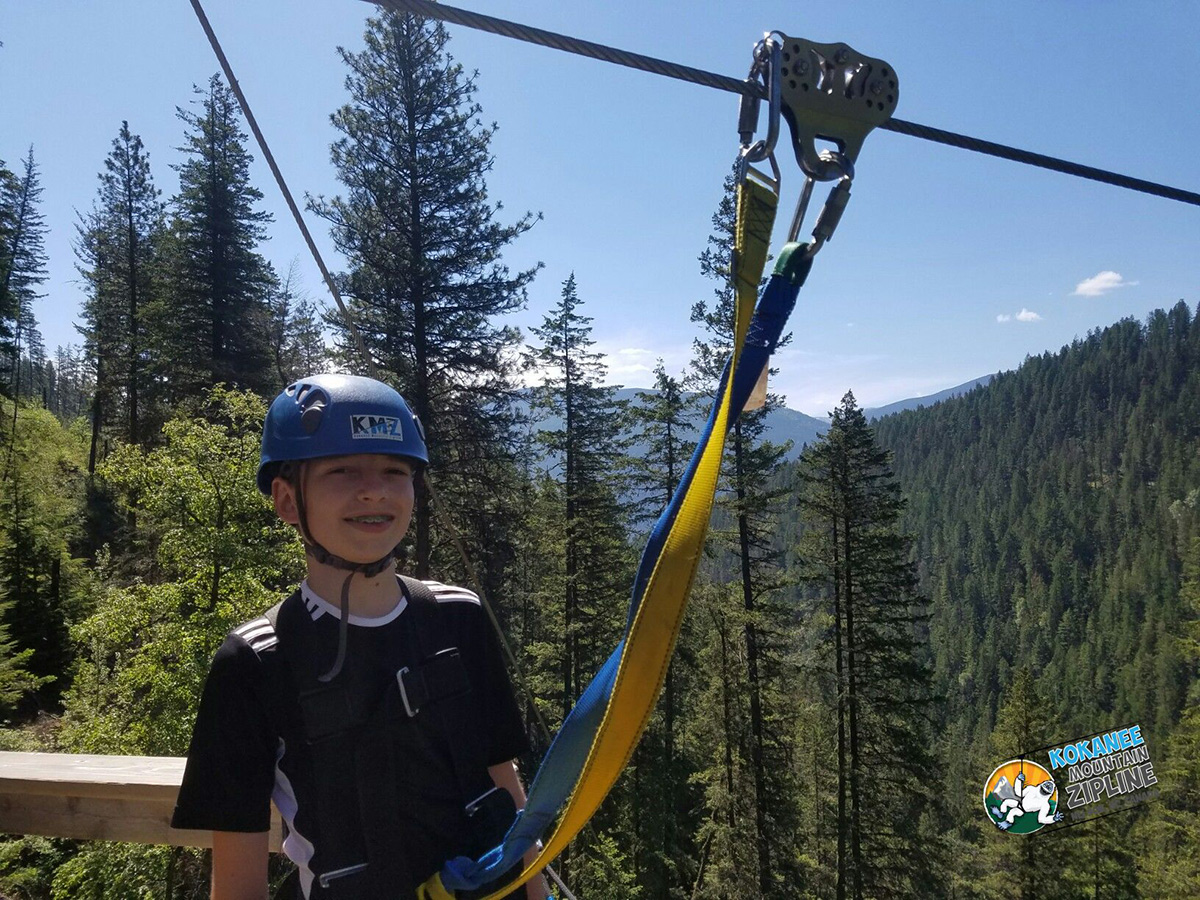 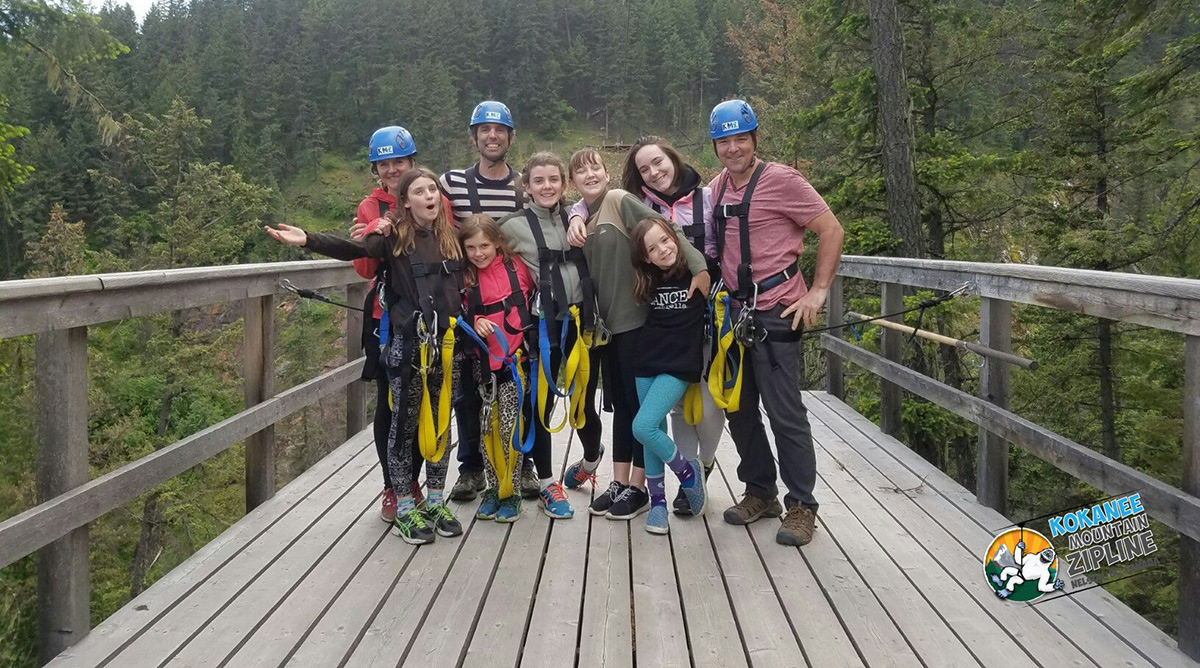 Jay Manton can remember the incident like it was yesterday.

On April 14, 2018, he and his brother, Todd Manton, were driving along Highway 3A on their way to Kokanee Mountain Zipline, the zipline in Nelson they own and operate, when they came across a scene on the side of the road.

“We saw that a man was unresponsive and slumped inside his vehicle. After checking his vital signs, we ascertained that he was in cardiac arrest, so instinct kicked in,” says Jay, who happens to be a first aid instructor at Selkirk College.

First on the scene was the Nelson Fire Department accompanied by Dr. Nic Sparrow of the Kootenay Emergency Responders Physicians Association (KERPA). Together, they were able to get the man’s heart started after hooking him up to an automated external defibrillator (AED).

Today, Des Reilly, a 42-year-old father of three, is alive thanks to all who responded that day.

The Manton brothers, KERPA’s Dr. Nic Sparrow, and other emergency responders are being recognized for their heroic efforts in saving Des Reilly's life at the ATACC Group Emergency Summit Conference being held at the Prestige Lakeside Resort and Conference Centre in Nelson on June 1. The event takes place just five days after KMZ holds its fourth annual Community Day in support of KERPA.

The Mantons have experienced first-hand the work that Nic Sparrow and KERPA do in the community. That’s why they are donating all the proceeds from the zipline’s fourth annual Community Day, May 27, to the Nelson-based non-profit organization.

“We believe in giving back to the community and supporting organizations such as KERPA. That’s why we donate 100 per cent of the proceeds from our Community Day to whatever organization we pick,” says Jay

A Family Fun Day of Ziplining

Children who weigh 50 pounds and over as well as other community members can enjoy a fun day of ziplining for 50 per cent of the regular cost while supporting an important community cause.

Not only is this year’s Community Day family event taking place on a local school district PD day, but it also celebrates the season opener at Kokanee zipline.

Those booking their Community Day ride upon KMZ’s fully-guided, six zipline tour are asked to use the promo code “Kerpa” to receive their discount. Rides will run hourly on the hour, based on availability.

The barbecue will also be fired up, with sales of hot dogs and drinks going to KERPA. 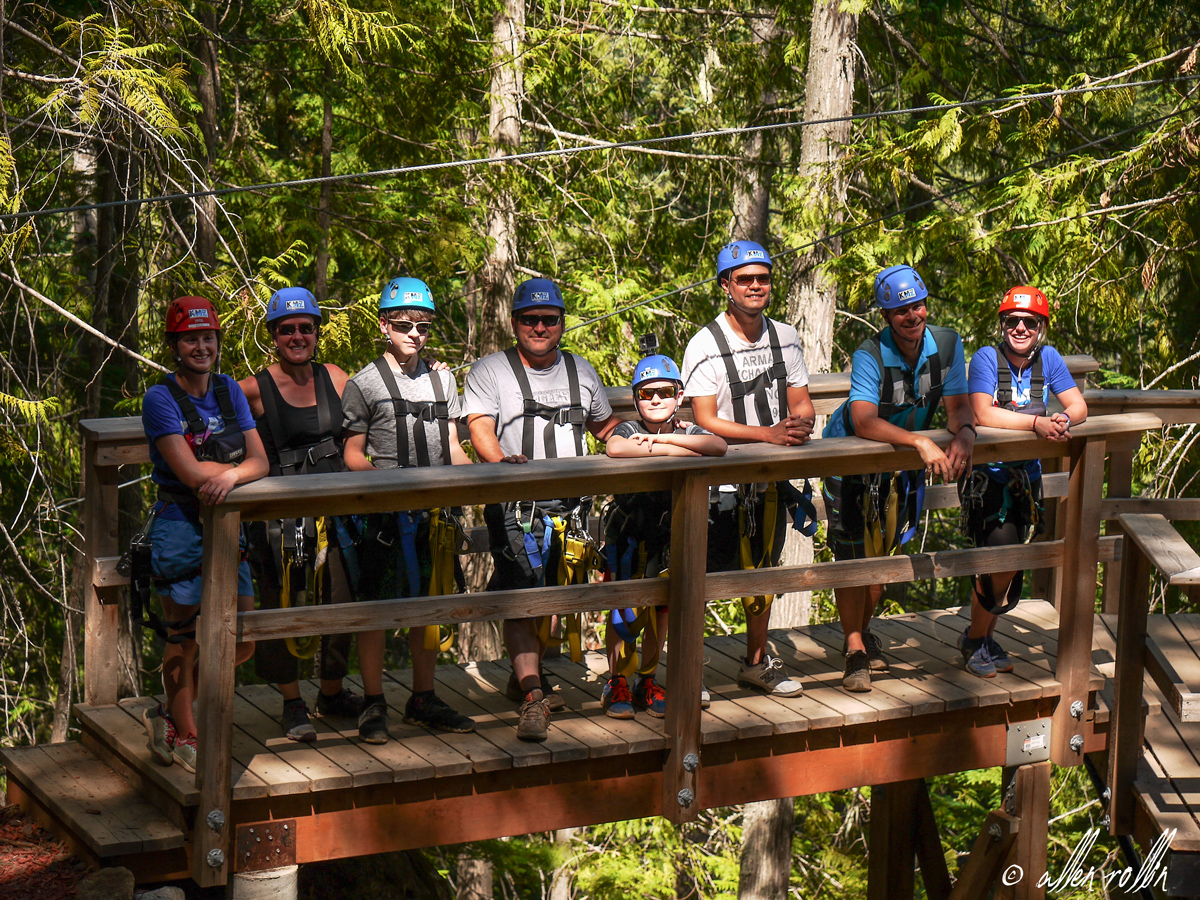 Enjoy the freedom of flight, with no wings required. Kokanee Mountain Zipline is one of the top things to do in Nelson with six exhilarating rides high above Kokanee Creek Canyon offering spectacular views of Kokanee Glacier, Kootenay Lake, and the surrounding mountains.